A young livestock owner moves his animals across the enlarged river. 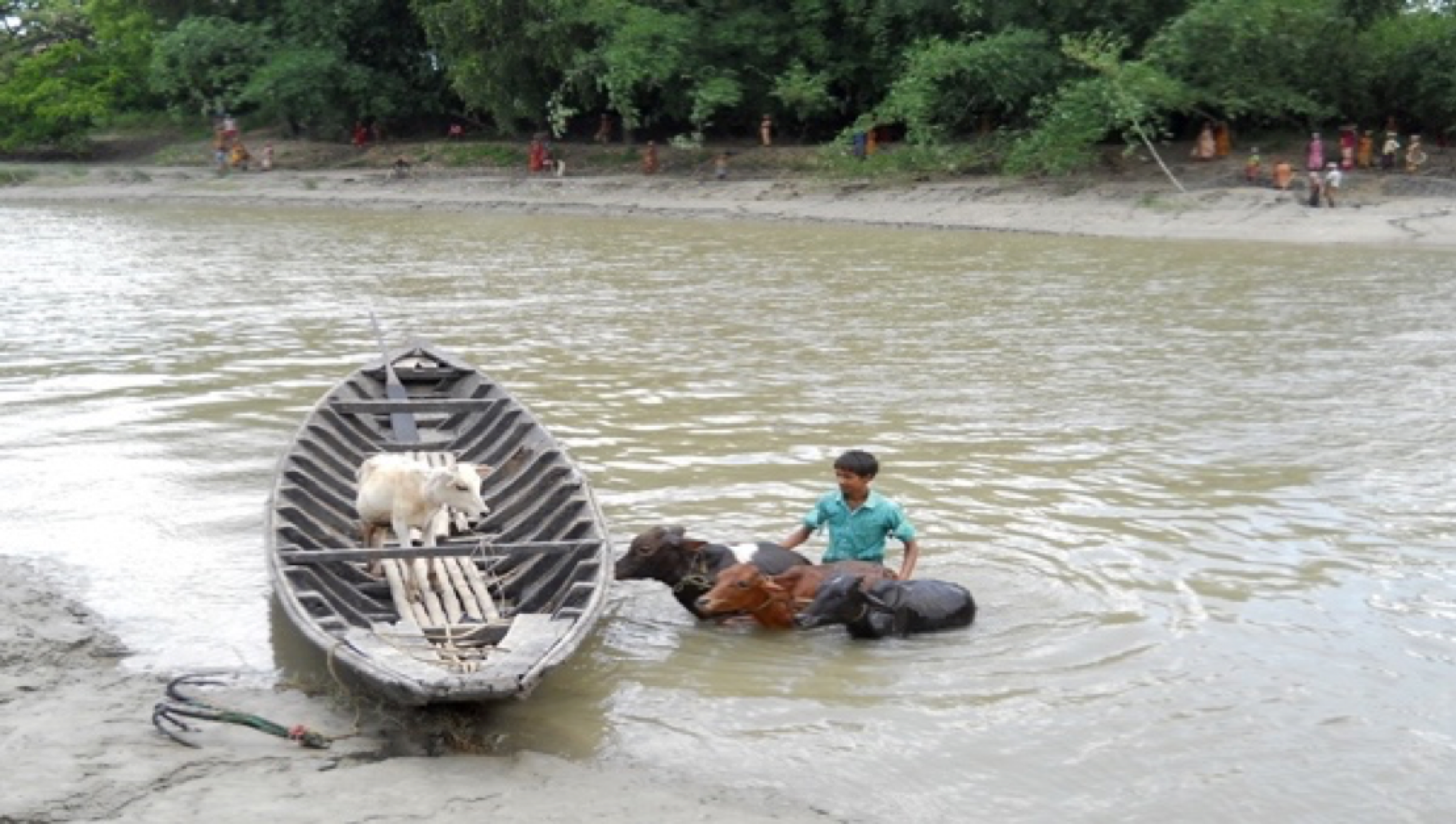 “India’s zero-casualty approach to managing extreme weather events is a major contribution to the implementation of the Sendai Framework and the reduction of loss of life from such events,” said Mami Mizutori, Head of the Geneva-based UN Office for Disaster Risk Reduction (UNISDR).

Fani, a rare and extremely severe Category 4 cyclone, hit Odisha, an Indian state in the Bay of Bengal, on May 3rd, 2019. It was one of the most active hurricanes to have hit India in the last 20 years, according to the Indian government's meteorological department. Storm surges and powerful winds reaching up to 125 miles per hour (more than 200 kilometres per hour) blew off roofs, damaged power lines and uprooted countless trees.

Despite the circumstances, Odisha, the most affected region, was very successful in keeping the losses of lives (animal and human) to a minimum. This was the result of a very effective strategy of disaster preparation and timely response. To be able to face a disaster like this one, Odisha's government applied relief and rescue measures for animals and people. In doing so, Odisha became an excellent example of how to include animals successfully in a Disaster Risk Reduction plan. Even when it is not a wealthy territory in comparison to other Indian states, it managed to save thousands of animal lives. A third of the households in this state is below India's poverty line, and it ranks 25 among the 33 Indian states in per capita income.

So, how could a poor state manage to achieve such a reduction of risk? To understand it, we can have a look to the comprehensive disaster management plan that saved millions of animals, that included some of the following key factors:

Nevertheless, the post-cyclone recovery will be a tough task to the administration in Odisha, demanding a lot of resources. Out of humanitarian assistance, veterinary measures taken by the government were an enormous exercise: more than 4,000 veterinary camps were organised. Also, 500,000 animals were treated, with more than a million and a half vaccinations provided. There is a plan to provide clean drinking water to the animals with chlorine tablet treatment, so a further loss of livestock can be avoided.

Furthermore, the alliances with the private sector were another critical component of the Disaster Management Plan. The partnership with Reliance Foundation allowed the state to disseminate advisory messages through mobile platforms with content supported by the Animal Resources Development Department.

There were also previous interventions that prepared the terrain to face a disaster such as Fani. As a precedent, the earlier flood response operation by World Animal Protection in Odisha in 2011, in collaboration with the local government, other organisations and the communities benefited over 5,000 animals across more than 1,200 households in the Kendrapada district of Odisha. World Animal Protection developed disaster risk reduction initiatives to protect livestock and livelihoods. The NGO also assisted local organisations and communities to be prepared to protect their animals when the worst happens. The Kendrapara district of Odisha, one of India's most flood-affected areas, was hit by a tornado. We responded, at a time when no other organisation was looking at the needs of animals caught up in disasters, to protect local animals. Six months later, when Odisha was hit by flooding again, we returned to the district to work once more with local organisations in aid of communities and people to protect their animals and livelihoods.

Considering the importance of livestock to the local economy and livelihood of the rural households in the cyclone-affected areas, we need a better preparedness, response and rehabilitation activities to protect animals. Odisha's response to Cyclone Fani shows how even in economically weaker states or developing countries, a proper Disaster Management Plan can lead governments to respond to natural disasters equally helping people and animals efficiently.