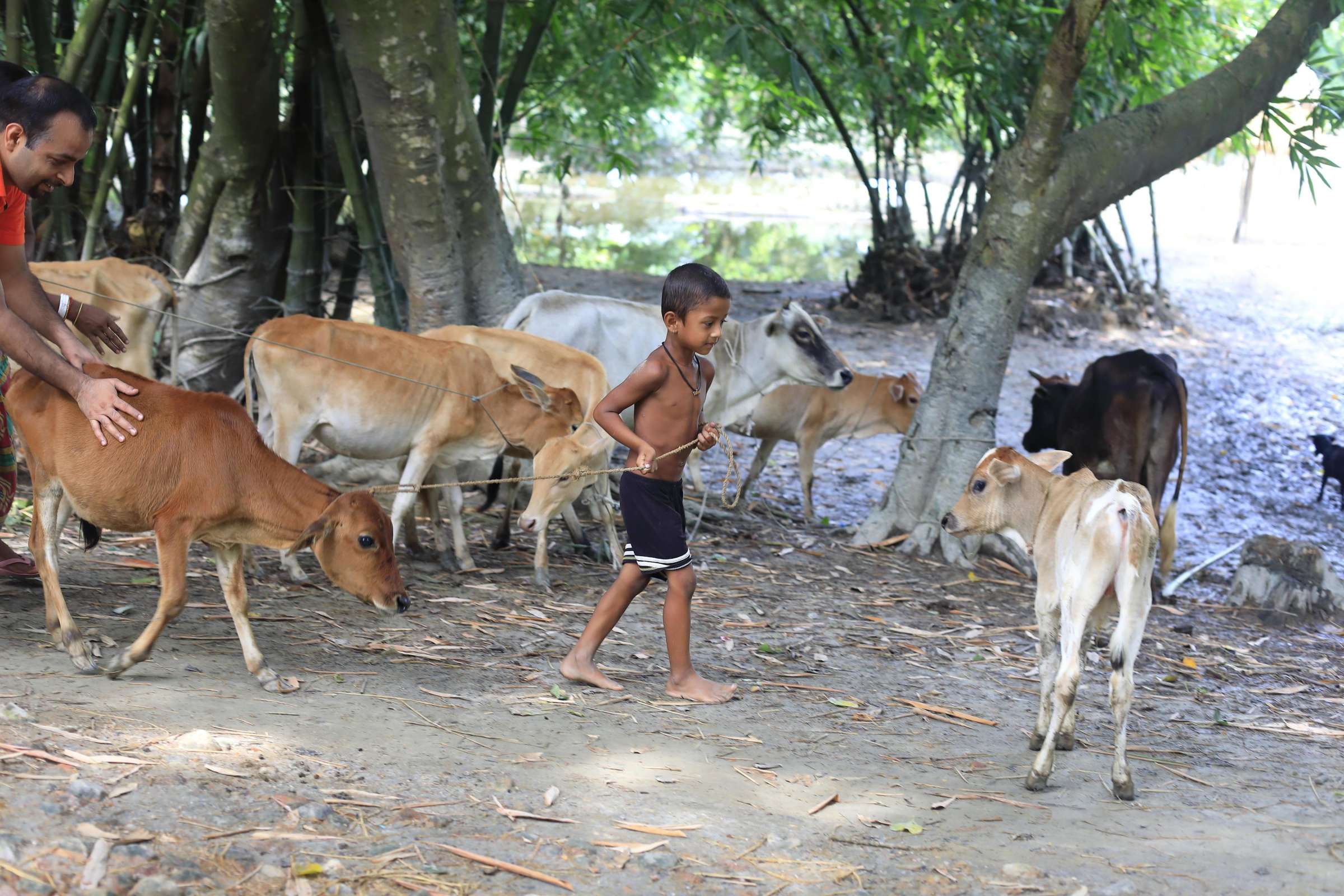 Why We Need To Integrate Animals in Disaster Management?

Generally, animals are seen as pages in the last chapter when it comes to any kind of relief and rescue measures or disaster management in general. Although animals play a crucial role in contributing to the national economy and socio-economic development in many developing countries, they are given the last priority, or even their needs are overlooked.

The livelihoods of economically poor and the marginalised depend mainly on livestock, and they are regularly prone to impending disasters. According to the (FAO), in 2010, the food animal sector contributed to 40 per cent of the global value of agricultural output and supported the livelihoods and food security of almost a billion people.

Disasters impact animals both directly as well as indirectly in many ways. The direct impacts of disasters on animals are visible and affects the community’s coping capacity, and they can be adequately quantified. As per the National Disaster Management Authority in India 94,830 cattle perish annually because of flood alone, the impact of other disasters on animals are also very significant but not getting reported. Indirect losses are often hidden and not visible but can create a long-lasting impact which is very challenging to quantify and can delay the community’s recovery process. The indirect impact is as lethal as the direct loss for livestock owners as in most of the cases animals become unproductive or sick, and it becomes complicated for owners to safeguard their livestock and their livelihoods.

Livestock is the forgotten heroe as in most of the cases they help the communities survive through extreme crisis situations. Many times, livestock is the only hope for disaster-affected communities to cope and for supporting their families.

Most of the state animal husbandry department in developing countries are struggling with a lack of infrastructure and human resources; therefore it is challenging to provide even basic support for animals during or post-disaster. Approximately USD 93 billion were lost in crop and livestock production due to natural hazards and disasters in developing countries during 2005-2014. (FAO 2017)

Animals should be integrated into disaster management to build back better in any community. The recent high court judgement of Uttarakhand - India states that “The entire animal kingdom, including avian and aquatic animals, are hereby declared ‘Legal entities’, having corresponding rights, duties and liabilities of a living person”. This statement will help support the cause for protecting animals in disasters in the State and help in influencing other States in the country to adopt similar measures. The Indian Supreme Court judgements of 2014, also state that “Animals breathe like us and have emotions. The animals require food, water, shelter, normal behaviour, medical care, self-determination”. These legal provisions will help many animals in the country.

Out of the total agricultural damages and losses the livestock sector shares 36% in developing countries (FAO). If we need to work towards building resilient communities in countries, then there is a dire need for all stakeholders to join hands and integrate animals in the disaster management system. Including animals in disaster mitigation strategies is a secure and economical long-term investment. To combat this we need proper planning, funds and resources to protect the animals and vulnerable communities in all stages of a disaster.

Integrating animals in the country’s disaster management plans, policies, programmes and frameworks is the only way to protect economies and mitigate losses that will arise due to any disaster.

Disaster Management is not a matter of “Either Human OR Animals”, It’s a matter of “Both Human and Animals” That’s why Animals Matter in Disaster! and the reason why we need to integrate animals in disaster management.