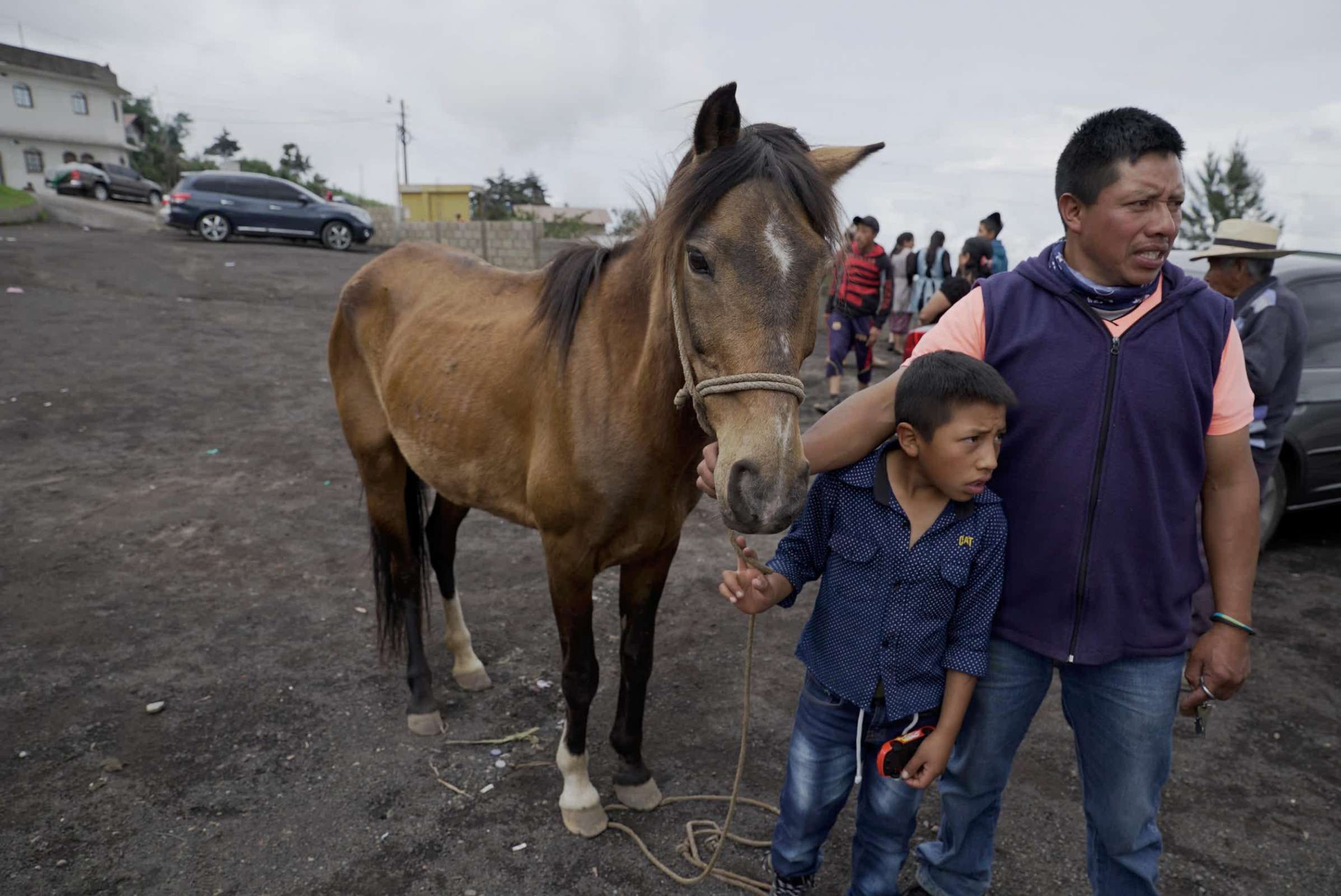 Why funding Animals in Disasters Can Help Disaster Risk Reduction?

As a fundraiser, I genuinely need to be moved by the work of an organisation. I need to understand the sense of purpose of why I’m raising funds, and ask myself how can I personally make a difference with my team?

Before joining World Animal Protection, I worked briefly at ActionAid, where I handled new donor recruitment. Within a short time of being there, I suddenly faced a steep learning curve. I worked back-to-back on three major disaster fundraising appeals, since ActionAid is a member of the DEC (Disaster Emergency Committee) in the UK. The appeals were the Gaza crisis with people living in unimaginable conflict, the Ebola epidemic that ravaged Sierra Leon, Liberia and Guinea and the devasting earthquake in Nepal, in the spring of 2015. All of this taught me that life is so precious - to help save communities, fundraisers must act fast in getting appeals out, often in under 24 hours so the public can play their part in contributing to emergency aid.

That was my first experience with humanitarian disasters. One abiding image I have is a 72-year-old lady, Sundaya Tamang, who lived in a remote Nepalese village in Phalame. She was holding desperately onto her treasured cow, Lakshmi. Tragically, Lakshmi laid buried in her cowshed with only her head appearing out of the debris, unable to be rescued, slowly dying. Sundaya and her family lost three houses, yet she also lost Lakshmi who used to give her household seven litres of milk a day – their sustenance. I realise that in such disasters, animals are often the forgotten victims. They are more than people’s livelihoods and are part of their family - their emotional wellbeing.

I am proud to be a member of the Animals in Disasters integrated team. I really value how the team not only focuses on disaster relief for developing countries but strive to look at how we can mitigate disasters and be prepared for animals and their owners over the long-term. Our approach looks at a whole society.

The starting point is getting governments to include animals in their national disaster plans and policies. Furthermore, it’s crucial that we understand the impact on people’s livelihoods, when so often we are dealing with small scale animal owners who may earn less than $2 (USD) per day. There is also a need to know more about the emotional and social impact which can lead to protecting animals better.

I feel sad that even in the 21st century, we are still battling for a better management of disasters. It seems vulnerable countries are tackling the emergency, following a disaster, in uncoordinated and chaotic ways, such as the El Fuego volcanic eruption in Guatemala in 2018. So much could have been done to prevent the animals from dying in the first place. I learnt so many of them consumed contaminated water after the eruption. I hope through our work and fundraising efforts we can move governments to focus on having the right kind of infrastructure where they and animal owners can play their part to protect and save lives of animals ahead of any disasters and protect livelihoods.

As a fundraiser, I believe that fundraising is not only about raising necessary funds. Its role is to lift the importance of animals in disasters. It is to help build education and understanding with our donor community and generate influence with greater stakeholders. With the rise of climate change, I cannot see the size of the problem going down. Over the last decade, natural disasters have been on the up in their severity and frequency. Therefore, I aim to see how we can encourage not only individuals but key funders and stakeholders make significant gifts to help transform the agenda of animals in disasters.

Regrettably, I recognise that vulnerable countries are desperately underfunded for real essentials. For example, Indonesia has not had proper early warning systems in place for some years. According to a December 2018 report by The Guardian, Sutopo Purwo Nugroho, the chief spokesman for the Indonesian disaster agency, said Indonesia’s tsunami buoy network had not been operational since 2012.

“Vandalism, a limited budget, and technical damage mean there were no tsunami buoys at this time,” Mr Sutopo said. “They need to be rebuilt to strengthen the Indonesian tsunami early warning system.”

It would be amazing if as many vulnerable countries as possible could prioritise animals into their national disaster plans. I see this as only a starting point. Clearly, there is so much more we can do and fundraise beyond this. We also need to think about how to link this matter closer to other global issues and the SDGs (sustainable development goals) that tackle gender equality, food security, livelihood protection, and climate change.