World Animal Protection assisted 80,000 animals suffering from an ongoing drought in Kajiado County, Kenya. Kajiado is one of the worst affected counties in Kenya, with the Horn of Africa experiencing some of the worst drought levels in decades. Pictured; Herder walking his cows home after receiving vaccinations during the drought response exercise. 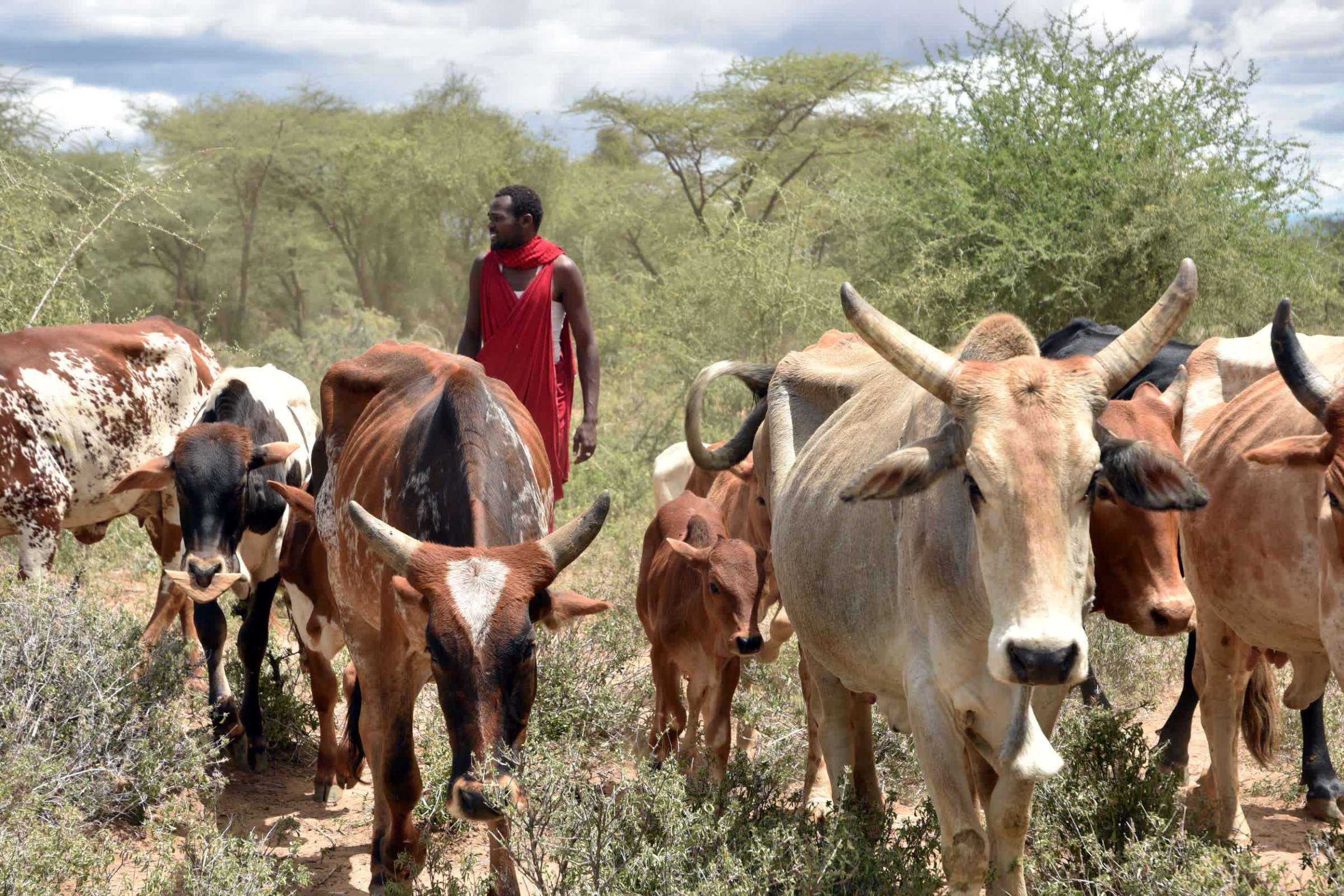 The 2019 World Day to Combat Drought and Desertification celebrates the 25 years of progress made by countries on sustainable land management. This year it is celebrated under the theme "Let's grow the future together" that encourages to look at the broad picture of the next 25 years where we will achieve land degradation neutrality.

The 2019 World Day to Combat Drought and Desertification celebrates the 25 years of progress made by countries on sustainable land management. This year it is celebrated under the theme "Let's grow the future together" that encourages to look at the broad picture of the next 25 years where we will achieve land degradation neutrality.

In Africa, drought is one of the greatest disasters that threaten and cause animal deaths and also causes a significant reduction in production according to FAO. With climate change, global temperatures are rising at an unprecedented rate, and extreme weather conditions are becoming unpredictable.

Seasons of drought and famine come and pass, years of desertification come and go, and the climate can't be changed with dance, libation or prayer. It wholly relies on us as humans to halt the bad practices that result in increased drought and desertification and adopt measures to combat it.

According to the United Nations Conventions to Combat Desertification (UNCCD), human beings in affected or threatened areas are at the centre of concerns to combat desertification and mitigate the effects of drought.

Drought is not a new phenomenon in a country like Kenya and other parts of the world. There are some conditions that trigger this phenomenon:

The country receives very little or no rainfall, especially in the far-flung areas. When there are insufficient rains, the water bodies also become completely dry or slightly lower the level of water than average. The lands also turn bare, leaving nothing for the animals to feed. This causes devastating effects on the health of the animal and frequently results in death.

Encroachment of forests and deforestation to clear land for farming has been a significant threat to the rains. Trees are known to be an excellent rainfall attraction, hence without trees, that would mean no rain, land degradation and no farming would take place, welcoming famine.

Over the last decade, temperatures have raised drastically, leading to severe effects in most parts of the world. The warmer temperatures lead to more greenhouse gases that trap the heat from escaping the earth, hence causing drought and desertification.

World Animal Protection took inflatable “animal ambassadors” from across the globe to represent animal voices at this year’s UN Global Platform on Disaster Risk Reduction and ask governments and international organizations to include animals in their DRR plans and strategies.

Their message is clear: don’t forget animals in global discussions on disaster risk reduction, disaster plans and investments. In Kenya, we held a caravan in Nanyuki urging people to protect animals in disasters. People came out in large numbers to sign the pledged #DontForgetThem.

As we celebrate the World Day to Combat Drought and Desertification and “Grow the Future Together” animal concerns in drought should be included in the strategies of UNCCD to achieve all-inclusive neutrality in Land degradation. #Don’tForgetThem.