August 2017: The Yangudi Rassa National Park lies in the Afar region of Ethiopia. The landscape is semi-desert and wooded grassland and is home to an array of wild animals, but is also important for pastoralists with large livestock herds. Ethiopia has been suffering from a drought since 2013 and many animals have died from lack of water. 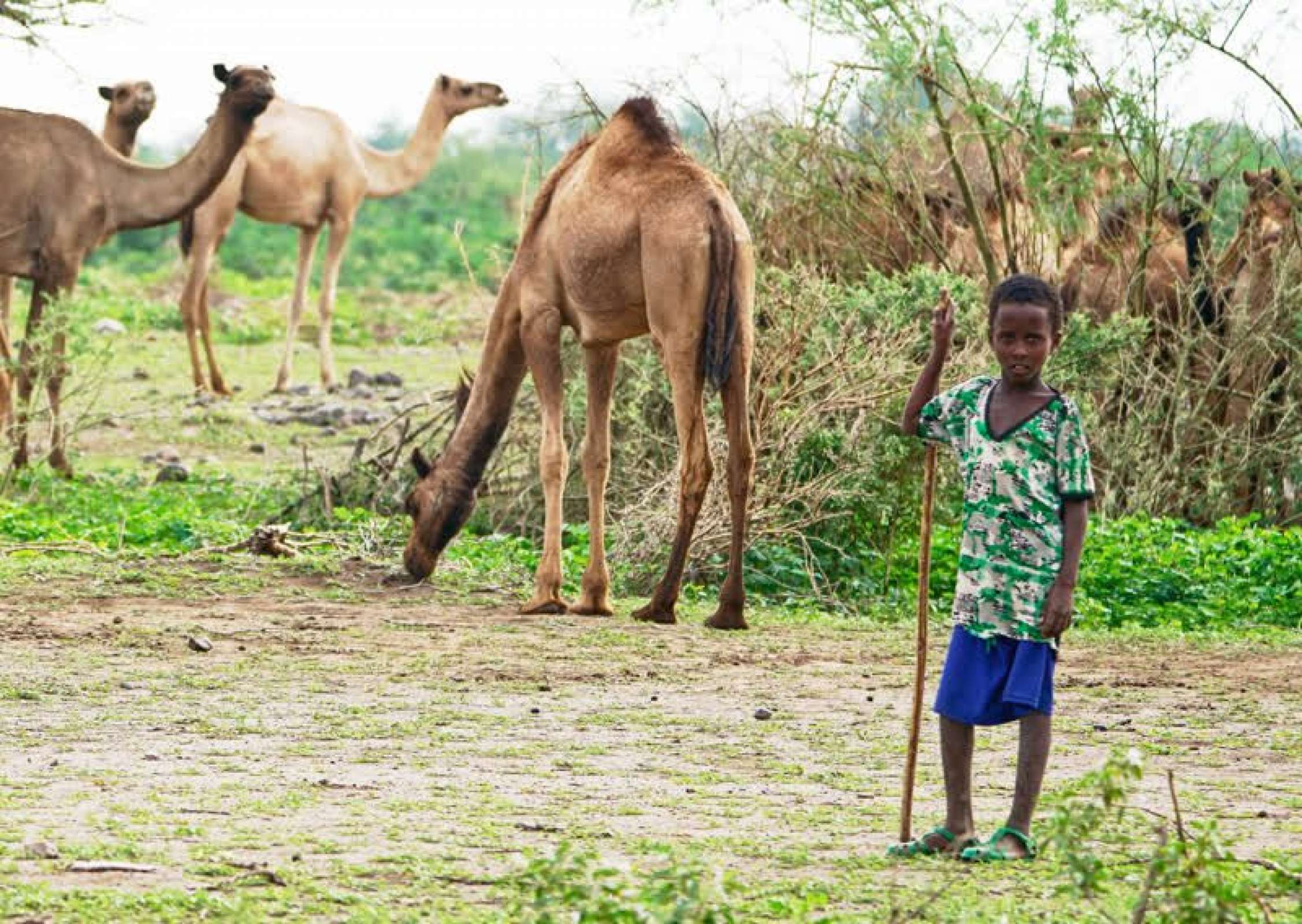 Climate Change: The silent terminator that could make 50% of the world’s species go extinct by 2100

Irregular changes in climate and extreme weather events are already affecting biodiversity across the globe. Sea levels are rising, and oceans are becoming warmer, which increases the frequency of cyclones. More prolonged, more intense droughts threaten crops, wildlife, and freshwater supplies. Our planet’s diversity of life is at risk because of the erratic climate. Climate change poses a fundamental threat to species, communities, and people’s livelihood.

By 2100, an estimated 50% of the world’s species could go extinct because of climate change

To adequately address this crisis, we must urgently reduce carbon pollution and prepare for the consequences of global warming. Climate change is already pervading our daily lives with the basic food prices radically shooting up and access to safe drinking water at risk. Climate Risk Index 2019 examines to what extent countries and regions have been affected by the impacts of weather-related loss events (storms, floods, heat waves, etc.)[1]. So, as we are currently experiencing this scenario in many countries, what are we going to do? There is not one solution to this issue.

In fact, every species worldwide is impacted by climate change. By 2100, an estimated 50% of the world’s species could go extinct because of climate change[2]. More frequent and intense drought, storms, tornadoes, cyclones, heat waves, rising sea levels, melting glaciers and warming oceans can directly harm people, animals, destroy the places we live, and wreak havoc on people’s livelihoods and communities. Climate change is having severe impacts on the world’s water systems resulting in more floods and droughts. Warmer air can hold a higher water content, which makes rainfall patterns more extreme and unusual.

How are we going to address this profoundly severe issue and cope with surviving on this beautiful planet? Great apes of Southeast Asia, perhaps the most endangered ape species, are in jeopardy of extinction due to deforestation, with nearly 75% of forest cover at risk of being lost[3]. Both lower rainfall and higher temperatures negatively impact Asian elephant habitat. Together, these threats have decreased the reproductive capacity of an already endangered species[4]. Giraffes have seen their population decline by 40% in the last 30 years. In addition to illegal poaching, the most pressing danger is shrinking habitat and fewer acacia trees (their primary food source) due to climate change[5]. Are countries even considering climate change as an issue on their agendas and political discussions?

It’s not only the animals on the land that are at higher risk, but the life beneath the ocean is also dynamically changing before even we could study and understand it. Whales rely on specific ocean temperatures for their migration, feeding, and reproductive habits. As sea temperatures rise, these changes disrupt patterns necessary for whale survival[6]. Sharks have difficulty hunting and a higher embryo mortality rate as ocean temperature and acidity rise worldwide. In the Pacific Ocean, rising temperatures force sharks northward by an average of 30 kilometers annually, disrupting ecosystems that depend on sharks[7]. All these changes contribute negatively to the marine environment.

Rising sea levels directly threaten oceanic bird species due to climate change. Rising waters are submerging their coastal habitats and nests completely[8], and increasing temperatures are endangering coral reefs. In the last three years alone, 72% of the world’s coral reefs protected by UNESCO experienced heat stress. Sustained heat stress causes coral bleaching, an often-deadly occurrence in which coral starves from a loss of nutrition[9]. The ocean surface and the oceans contain 99% of the living space on the planet[10]. Ocean acidification may threaten plankton, which is key to the survival of larger fish and may render most regions of the ocean inhospitable to coral reefs, affecting tourism, food security, shoreline protection, and biodiversity.

Even the insects stand to suffer drastically from climate change. At the current rate of warming (2°C), roughly 18% of all insect species would be lost by 2100; if the planet were to get warm by 3.2°C, that number would rise to 49%[11]. Monarch butterfly populations in California have fallen by as much as 95% since the 1980s due to habitat loss, increased use of pesticides and decline of milkweed populations, all related to climate change caused by humans[12]. Therefore, it’s imperative for us to own responsibility towards climate change adaptations.

Climate change is silently terminating life on Earth and is rapidly happening in front of our eyes. Are we aware? Are we observing? Are we taking actions? Climate change points to an increasingly unpredictable future for humans and all life forms on Earth. So, take a deep breath and believe that it’s still not late to make a start now. We kindly request you to join us in protecting animals from disasters and other extreme weather events globally. Think and take meaningful actions for the sake of your children and the future of our living planet.