Hurricane Maria tore through the Caribbean in late September 2017, adding to the devastation already caused by Irma earlier that month, with many houses and structures being heavily destroyed. This became a real problem in Dominica where many residents are farmers, and lost vital feed and shelter for their animals.
Pictured: Michael McEntire with his chickens who now wander freely after his shelter was destroyed. 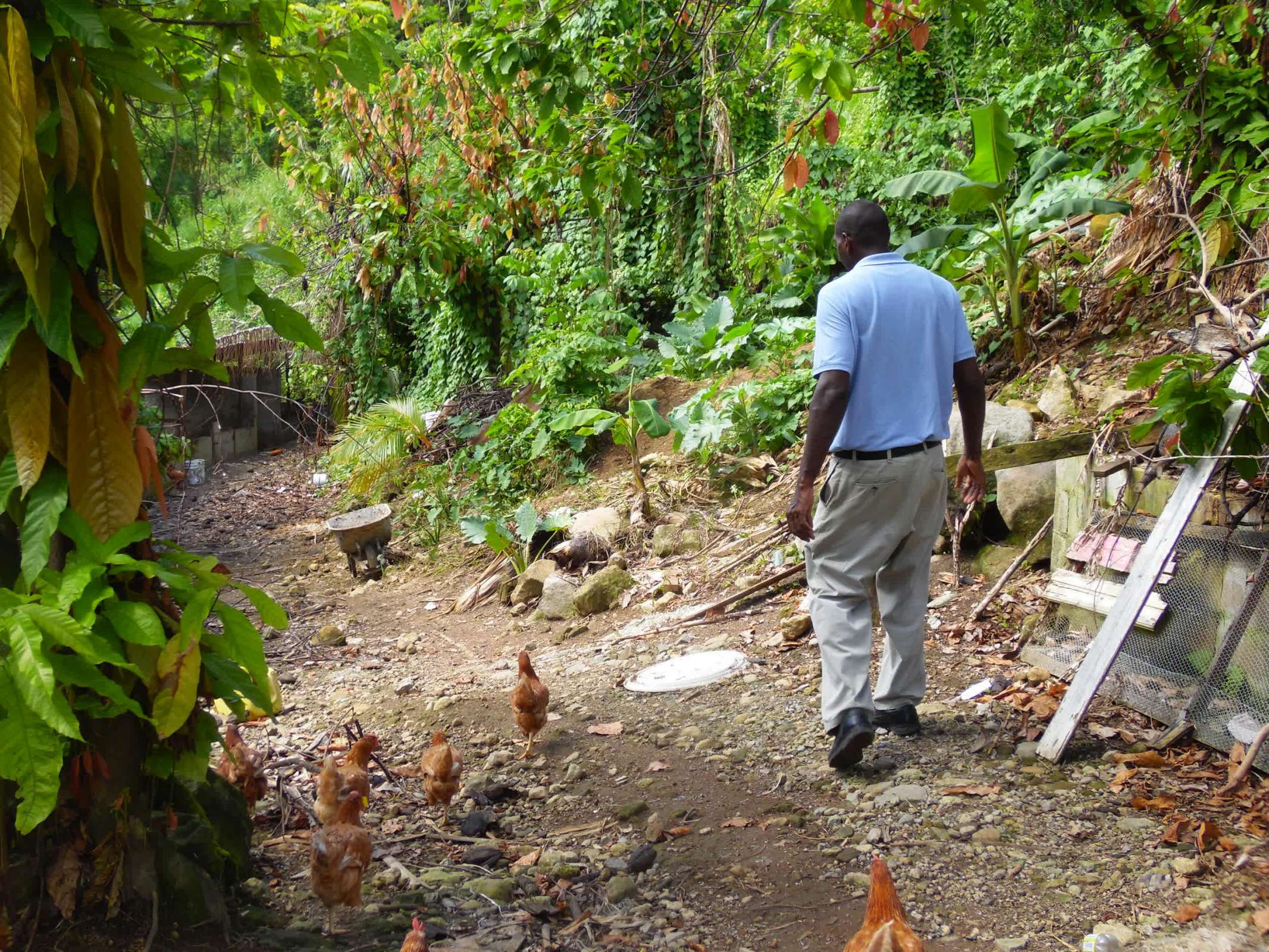 Are animals in disasters being ignored?

What do people in government and ostriches have in common? For many animal owners the answer is pretending to ignore the impending threat.

A recent study carried on by World Animal Protection in five countries around the globe shows very low government involvement regarding animals and disasters, not only when responding to disasters, but more worrisome at the planning and preparation stage. People need government policies covering animals in disasters, people need information and guidelines of what to do, people need shelters where to take their animals, food and water and appropriate veterinary support. But these needs are not met, and the reason is not necessarily not having the appropriate funding as one may expect, but it has more to do with a perceived lack of need and low awareness of the issue. Such perception is the basis for the lack of political will, which is mentioned in this study as the main barrier to improve preparedness.

When exploring why there is such dismissal for animals in disasters in the minds of policy-makers we see a two-folded explanation. One side has to do with nature, and the other has to do with a misconception of the role and importance of animals to their owners and to society. Disasters can come in many different forms and frequency, and people get accustomed to what is commonplace in their region…” normality” rules. However, we are seeing more often, perhaps due to climate change, rare and extreme disasters having much of a bigger impact, and for which there is a lack of skills and knowledge to react.

On the other side of the policy-makers mindset, people certainly come first and animals do not vote. Absolutely right, but a bit short-sighted. The emotional and financial importance of animals to their owners is unfortunately understated. The reality is that such a strong bond does account for many losses of human lives when trying to save their animals. The reality is that in many farming communities, animals are essential for the livelihood of people, and it may represent all of their assets. So, mortality, emotional grief, and financial impact are definite consequences of not including animals in disaster preparedness policies.

It is of the utmost importance for government authorities to be aware and sensitive of this situation, make policies for disaster management that include animals, and proceed with information, guidelines, on the ground assistance, and appropriate funding. Animals and people are interdependent, and such has to be effectively recognized particularly when the need is urgent.