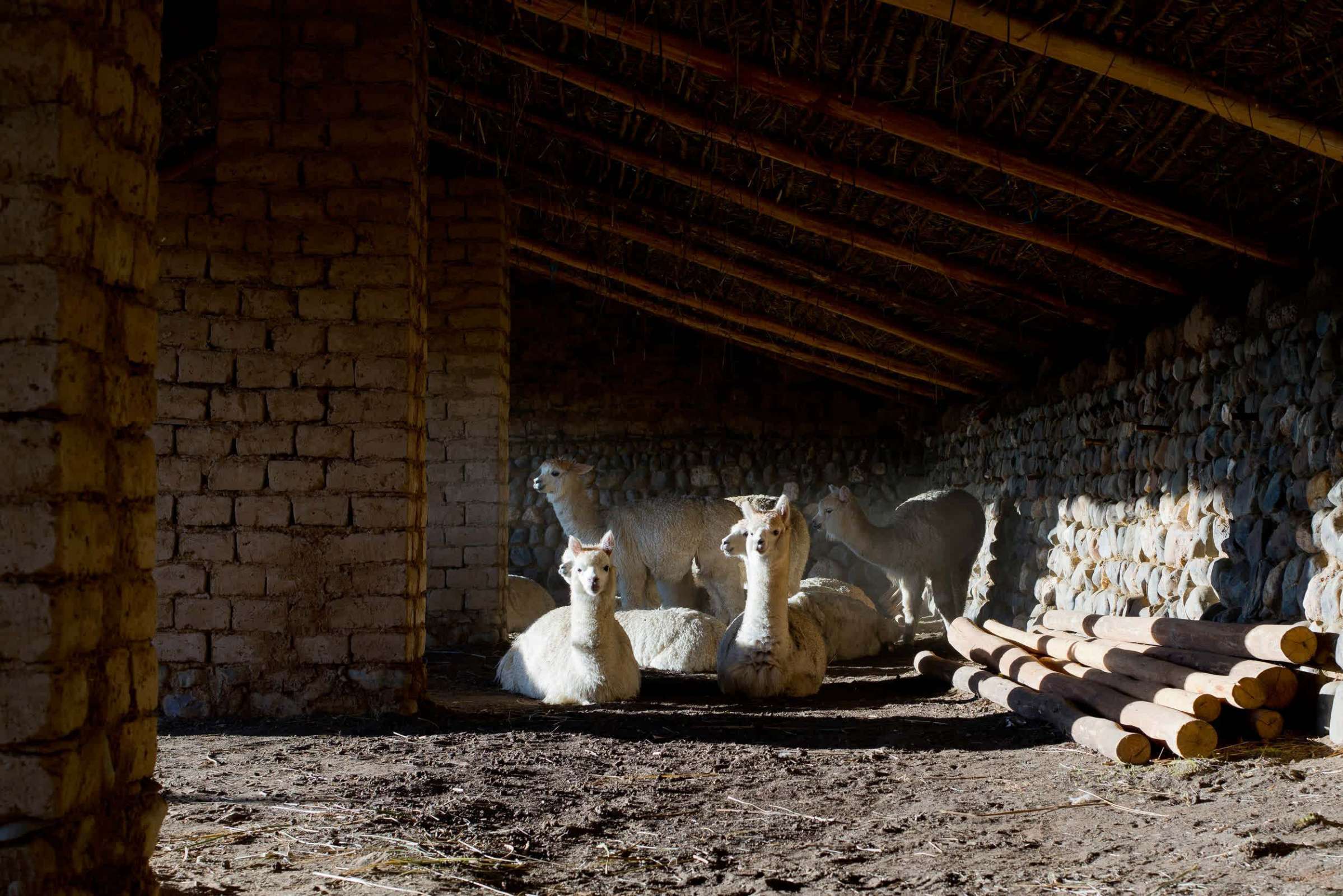 Pelechuco, in the Franz Tamayo province of La Paz department, is exposed to extreme weather conditions, which impacts over 30,000 animals and the families that depend on them.

Since 2014, mortality of young alpacas and pregnant females has dropped by 20%, thanks to the shelters.

In 2013, weather patterns caused extremely dry conditions leading to drought, as well as freezing temperatures of -25 Centigrade during the night. Resulting loss of pastures caused starvation, and the extreme conditions lead to suffering and death.

The production of wool was so seriously impacted that the Aymara indigenous culture and the region was plunged back into poverty.

In partnership with the Food and Agriculture Organization of the United Nations (FAO), we implemented an alpaca drought and frost relief intervention.

Temporary feed and veterinary treatment was provided for 30,000 starving animals in the harsher months of 2013 (October to November). We provided 40 tonnes of feed, 25 tonnes of mineral salts and 5,000 doses of deworming medication as immediate emergency aid for 60,000 animals in very bad conditions.

There was also focus on reducing alpaca deaths, which had risen due to extreme cold seasons and snowstorms.

We contacted the Ministry of Rural Development and Lands of Bolivia with a solution to build 70 shelters in six communities, to protect the animals from snowstorms, cold rain, winds and hail.

A total of 70 families and approximately 7,000 animals benefited. The shelters provided internal temperatures six degrees warmer than outside. This was a lifesaving barrier against cold wind, heat and predators, and a place for owners to collect fiber from their alpacas.

Since 2014, mortality of young alpacas and pregnant females has dropped by 20% thanks to the shelters.

The communities suggested that the shelters could provide added value in the longer term, to produce fodder on a seasonal basis.

Manure accumulates during the winter when animals spend the night in the shelter, and when the animals are taken to pasture at higher elevations in the summertime and the shelter remains empty, it can be used for planting fodder seed.

This fodder grows very quickly thanks to the fertiliser, light or phototropism controlled by the roofs, and because of the protection from the wind. Later this fodder can be given to the alpacas when they are brought down, or baled to be used as reserve for times of lack of feed. All this achieved a 70% decrease in the mortality rate of the animals.

Four pilot artisanal wells with drinking troughs were also built, pumped mechanically using a pedal. The wells and troughs are two meters deep on average and supply families and their herd (around 100 alpacas) perfectly.

Each trough has a 50-gallon capacity and provides water for over 100 alpacas at each filling.

The concrete troughs stand up to 50 centimeters above the ground to prevent water contamination. This further lowers mortality and the incidence of gastrointestinal illness, which is very common in the area.

Once risk from frost and low water availability was managed, lack of feed continued to be the main threat for the families and their alpacas.

Attentions turned to the construction of an underground greenhouse system to produce supplementary grass.

The underground greenhouse captures solar radiation through translucent roofing and turns it into heat. The walls maintain this heat and protect it from wind and low temperatures, while moisture exuded by the walls and floor create an environment far more conducive for growing grasses and vegetables than on the outside. This makes it possible to sow plants that have never been cultivated at these elevations before due to the climate conditions.

In the Andean plateau, walipinis (underground greenhouses) are an excellent alternative to maintain fodder and protein for alpacas under the extreme conditions of these regions, especially during the low temperature period from May to August.

The walipinis can also be very important in vegetable production for family consumption, which makes each unit ideal for protecting food security.

Election dates caused slow initial interest in the replication of this project.

Political agenda and government changes are the greatest challenge for any rural project of this type. 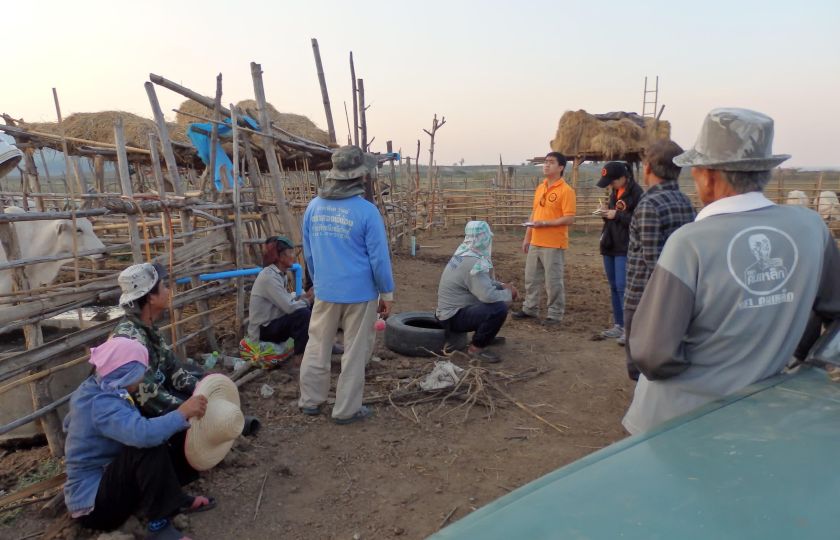 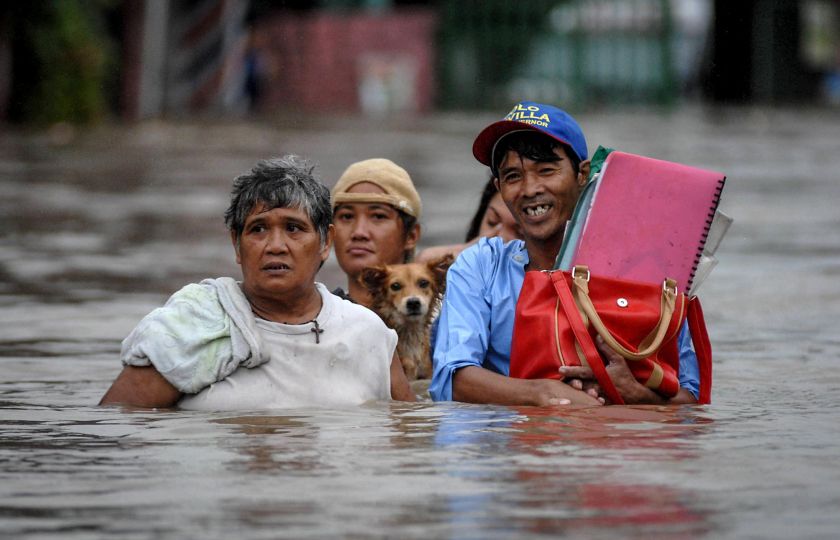 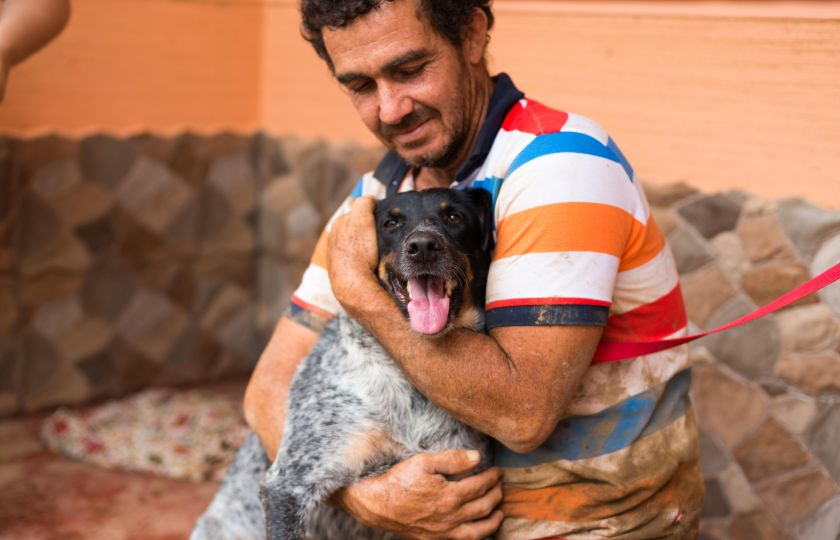